The Top 5 Most Popular Basketball Promotions

We have all seen the viral videos circling social media channels of phenomenal performances by everyday fans at basketball games competing for big-time prizes. The excitement and energy surrounding the most popular basketball game promotions can be felt throughout the stands of a game and can be replayed and re-lived for months and years to come across the internet.

A promotion before, during, or after the game can be a great way to energize and engage fans and set yourself up for success on social media, too. Here are some of ours and the world’s favorite basketball promotions.

The 5 Most Popular Basketball Game Promotions

With the eyes of the fans in the stands and at home all on the contest participant and show you have a unique opportunity to showcase your brand in a thrilling and memorable way using one of these top basketball game contests and promotions. 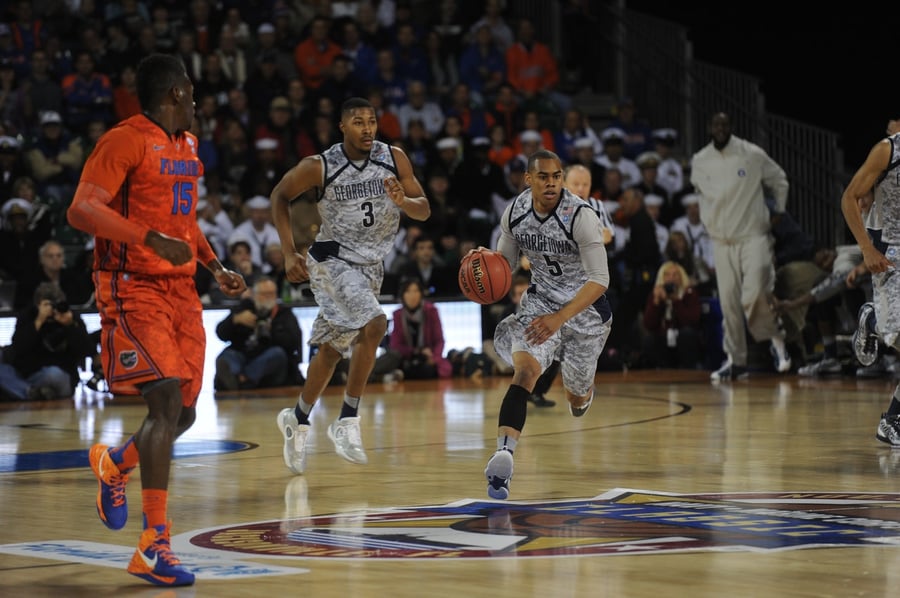 The fan chooses where they shoot from anywhere on the court, the catch is they must sink the shot in both baskets in order to win.

This one is a tried and true classic and an absolute fan favorite. Fans shoot from half-court and you determine how many shots they need to make to win. Some contests are just one chance one shot, others up the challenge, and require 2 or 3 shots to win.

Take your long-range shot to another level. Fans get a chance to take on a shot from the opposite side of the court and if they sink the shot they win. It is a simple but challenging contest for even the most talented fans and there’s no better spectacle than a made shot from the full-length of the court!

Straight out of the NBA all-star weekend, the three-point shootout is another classic basketball promotion. You set the rules for a predetermined number of shots within a certain time such as :30 or 1 minute and the fan gets the chance to shoot from the 3 point line to meet that mark and win. You can have them shoot from all angles, choose a spot, include a “moneyball” that’s worth more points, and even include a “4 point shot” from a little farther away.

Have fans battle it out head to head in a contest for the most free-throw shots made within a predetermined amount of time. Whoever sinks the most shots from the free-throw line wins the prize. You can also set a certain number of shots to be made for some added pressure.

Why Do These Promotions Work So Well?

The anticipation and excitement surrounding a live basketball promotion at a game is nearly impossible to replicate in any other scenario. It is a unique marketing opportunity to increase attendance and bring big-name sponsors into the spotlight by providing fans the chance to win big and make them the stars for a short moment of the sporting event.

Why Do Fans Love this experience?

Everyone loves an underdog story and what better story than watching an everyday fan, often pulled straight from the stands, sink a seemingly impossible shot or complete an elite level basketball challenge in front of an enthusiastic and invested audience.

People go to sporting events expecting to see incredible athletic performances by players but when they are surprised with a show-stopping shot or performance by an everyday fan that makes for a lasting memory and impact. Successful basketball contests can circulate the internet for months or years often making news headlines and providing endless promotion for your team or sporting event.

Who Pays for the Winning Prize?

A new car, a five-figure check, a luxury vacation; prizes for basketball game promotions are often extravagant and expensive. Big stakes make for big stories and big excitement. It's a long shot for a reason, fans don't win these prizes routinely but when they do sink the basket or beat the buzzer who foots the bill for the prize? The event is often responsible for the prize and if you want to make sure you aren't out more money than you planned for, consider prize indemnity coverage for your sporting event.

How Can You Get Coverage for a Winner?

Contact us at Grand Prize Promotions to learn more about prize indemnity coverage and how it works. Give us a call to discuss how we can help you provide an unforgettable and thrilling promotion for your event.